A few weeks ago there was a pretty popular television mini-series called The People v. OJ Simpson: American Crime Story. It was on FX. 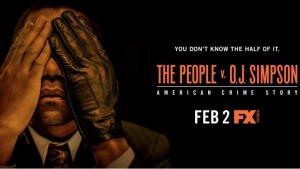 It reminded me of one of the most important lessons when it comes to being a lifelong bachelor and hooking up with tons of girls.

If you don’t remember the OJ Simpson case, back in 1994 Hall of Fame football player OJ Simpson was charged with killing his ex-wife, and a guy who was at her house.  O.J. was later found not guilty after a jury trial.  Not guilty didn’t mean he didn’t do it, just that the State didn’t prove it.

What shocked everyone was not that he was a great football player, but rather he appeared to be one of the nicest and most charismatic athletes of all time. Corporate America loved OJ.

But it sure looks like O.J. snapped that night.

O.J. Simpson’s actions illustrate why you never fuck around with some other guy’s girlfriend or wife because you never know how the guy will react if he finds out. Women literally make some guys go crazy. Women will make guys do things they would never do normally.

So what does OJ teach you? While not likely, you mess around with some guy’s girlfriend or wife, the guy could kill you. Nobody knows why Ron Goldman was at Nicole Simpson’s house on June 13, 1994, but if he was trying to have sex with her, that was a fatal mistake.

Now you may think that would never happen to you, you may think you’re super masculine, a MMA fighter, carry 5 guns, etc, but if you fuck another guy’s girl, he may kill you – he is motivated, you’re not.

Even the law in some states understands how crazy guys get when they are in relationships. In some states, if you walk in on your wife and she’s fucking some other guy, and you kill him, you are not charged with murder. Instead, you’re charged with a lesser charge. The law doesn’t completely excuse you, but it does say….we understand.

The bottom line: There are about 3.5 billion women on the face of the earth, all of us lifelong bachelors can find one who is not somebody’s girlfriend or wife.

Now if you’re a 40 year old bachelor, the problem is obvious, a lot of the girls you meet in their late 20s, 30s, and 40s are either married, or in relationships trying to get married.

This is why picking up women during the day sucks.

Just last month I was on the Vegas strip at 3:00 pm in the area of Harrah’s and Bally’s across from Caesars. There’s was a super hot girl standing next to a fence alone. I approached her and started talking to her.*

* I was aided by the wonderful supplement Phenibut. I mentioned this in a former post  Afraid To Talk To Women Problem Solved If you have any problem approaching and talking to hot girls, order some Phenibut here through Happy Hippo Herbals.  You will be amazed at your courage and social freedom. It’s like alcohol or Adderall without the side effects.

She didn’t have a ring on, didn’t tell me she had a boyfriend, and seemed like she liked me, but 2 minutes later her drunk boyfriend showed up. I shook his hand and left.

Contrast this to being in a bar or club at 2:00 am – you can be sure that 90% of the girls in the bar do not have boyfriends or husbands or else they wouldn’t be there. If you hit on a girl in a club at 2:00 a.m. and she tells you she can’t go to your room because she has a boyfriend, that’s not your fault for hitting on her.