The Safest Way to Hire an Escort – Escort Reviews👇

Anyone in the adult or semi-adult content business knows how hard it is to keep a merchant account.

Because of these problems, even in the 21st Century, escorts still prefer cash.

Escorts Should Accept Bitcoin For Payment

During the height of Covid-19 in April 2020, some businesses were not accepting cash. They were afraid coronavirus was on the bills.

Who knows whether any escorts adopted a no-cash policy also.

Some probably did, and probably accepted cash, however, this was a great time to start thinking about another payment method.

Escorts should have accepted Bitcoin

Bitcoin is the largest and most popular cryptocurrency in existence. Bitcoin is a peer to peer money transfer system that does not use a bank or other centralized place.

It is cash for the internet.

And like cash, it can not be traced. Or a least not without a ton of effort.

Bitcoin was mention years ago on this site in – What is an Escort Agency, Directory, or Review Site explaining the way transactions were completed on the Dark Web.

Up until about a year ago, maybe two, it was difficult for escorts to accept Bitcoin.

The problem was that Bitcoin is extremely volatile. For example, if an escort accepted $500 in Bitcoin, 10 minutes later, her $500 could have been worth only $450. Or even a lot less.*

*It could also go up, but either way, it’s a gamble.

But now this has all changed.

Coinbase.com made changes so that you can now go back and forth from dollars to Bitcoin, or Bitcoin to dollars quickly and easily.

This is much different than it used to be because before, you could only move Bitcoin from Bitcoin to your bank account. That took time, sometimes days.

Now, you can move Bitcoin to a USD coin that acts as a dollar almost immediately.

The main thing is, your money is out of Bitcoin and not subject to volatility.

This article is not about how to get or use Bitcoin. Instead, it is about the huge benefit it is for escorts and others in adult-related businesses.

Added Benefit of Bitcoin For Escorts

The first benefit of Bitcoin for escorts is they will have a secure merchant account.

Most guys would never give an escort a credit card or debit card. Even cash apps like Veem or Venmo scare men because they must be set up with a bank account.

If they can pay in Bitcoin, there is no paper trail for their wife to find out.

Bitcoin solves problems for both escorts and guys who hire them. If Bitcoin becomes widely used by escorts then possibly something good as come out of Covid-19. 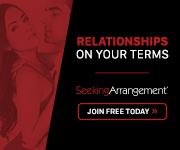