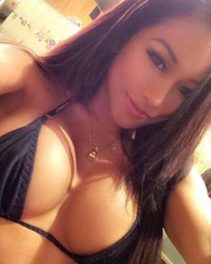 Your answer should be YES!

If you hire escorts, or are thinking about it, there are a few things we know about you. One, you have money, and two, you are a biologically healthy man.

But first let me dispel a myth.

“Marketing is like sex; only losers pay for it”

I came across this statement in the book Chaos Monkeys,

a book about Silicon Valley by an author who is clearly young and doesn’t get out much. He has no idea what he is talking about.

But before dismissing this statement as one of a computer guy who lives in a bubble, this is a good opportunity to explain why you should hire an escort if you want to, and that you are not a loser if you do – quite the opposite.

I understand that most of you don’t want to broadcast to the world that you do, or you are thinking about hiring an escort, but you should know that it’s not a big deal. In fact, if you do, you’re in good company.

Obviously, if you hire an escort, you have money. Simply put, you can’t hire an escort if you can’t pay her for her time. Period. And, as I always say, you should never pay less than around $300 per hour for an escort. Anything less (in the U.S.) and you’re asking for trouble.

Most of the guys I know who hire escorts are lawyers, doctors, politicians, and celebrities who make well over 100k per year. These guys hire escorts because they’re busy and it’s much easier and efficient to hire a girl for an hour, than trying to pickup girls in a bar. (It is true, however, that guys with money have an easier time getting random girls in a bar.)

Also, if you hire escorts, you are biologically speaking, a healthy male.

In his great book, Obscene Thoughts, Dave Pounder spends about 342 pages explaining the differences between men and women when it comes to sexual desire.

His book makes a lot of sense, and you’ve probably heard, and experienced a lot of what he says, but the book backs up the points with studies and research by some of the world’s top evolutionary psychologists. This book is one of the best books on the subject in terms of how easy it is to read.

So based on the science, quite the opposite of being a loser, if you hire an escort, you are being extremely smart.

Think about it, if you are 25 years old and don’t get much sex what are your options?

You can join the seduction community/pickup artists and learn how to talk to women. There is nothing wrong with going this route, but no matter how good you get, or what you look like, IT IS STILL A NUMBERS GAME.

Or said another way… you gotta get rejected a lot in order to get sex from random girls. Even then, most of the girls you end up having sex with are very average looking.

There is, you can simply hire a hot escort for an hour.*

But, to satisfy your biological needs, you can hire a super hot escort who will be at your hotel room in less than 2 hours. And if you browse eros.com, it won’t take long for you to find an escort that is hotter than any girl most of us could get randomly.

The book Obscene Thoughts: A Pornographer’s Perspective on Sex, Love, and Dating

put’s a healthy male’s desire to hire escorts in context.

Women are biologically wired to want a guy to take care of them and their kids. In modern times, that mainly means financially.

Pounder says because of the women’s right to work movement in the U.S., women now don’t need to rely on a rich man to marry them and take care of them and their kids because women can simply go to work and make their own money.

But there is no legal equivalent for men. The only way guys can bypass the self esteem damaging 90% rejection rate trying to pickup random girls, is to hire an escort.

Pounder puts it this way, “fighting for legalized prostitution and the availability of pornography is the male equivalent of the women’s right to work movement.”

So if you have been thinking about hiring an escort, do so, and don’t worry about it. If you need help, I suggest starting at a couple old posts:  How To Hire An Escort. and Advice When Hiring An Escort 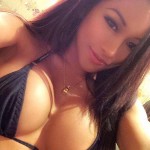