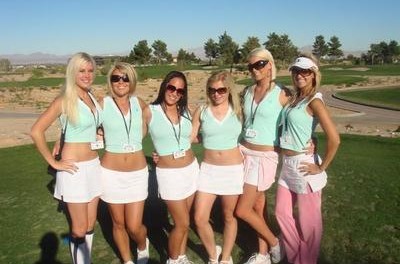 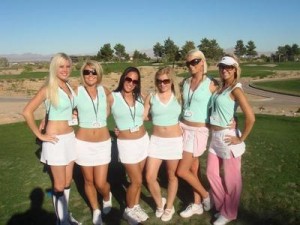 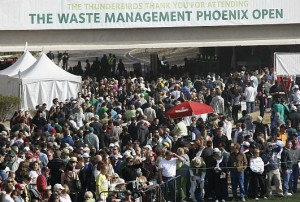 Even if you’ve got tickets to Super Bowl XLIX in Arizona on February 1, 2015, if you’re a single guy, I guarantee you will have more fun at the WASTE MANAGEMENT PHOENIX OPEN the day before on Saturday January 31, 2015.

If you’re single, there will be no better place on earth than the Waste Management Phoenix Open on that Saturday.

Here’s the website: www.wmphoenixopen.com —  BUT PAY NO ATTENTION TO THE SITE!! 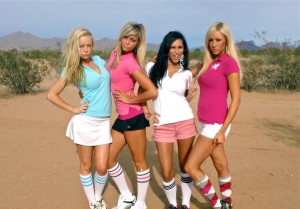 “THE GREATEST PARTY ON GRASS”

The Phoenix Open gets this slogan for a good reason.

Everyone is drinking all day, and it’s damn near impossible not to meet hot girls. Given the quantity and the quality of all the girls, I don’t think I’ve ever seen a golfer play – and I’ve been going for 20 years.

After the golfing is done for the day, everyone goes to the “Bird’s Nest.” The Bird’s Nest is basically a big tent with thousands of people partying all night.  It’s within walking distance from the golf course.  There’s live music performances, (Kid Rock, Afrojack this year) but for guys, you should know that the girls at the Bird’s Nest are not as hot as the girls during the day.

The hot girls go home, shower then hit the bars in Old Town Scottsdale. I gave a list of where they go in my post “JEWEL IN THE DESERT – SCOTTSDALE, AZ” ( I’ll update the list again shortly)

So, if you’re planning on coming to the Super Bowl for the 4:30 pm start time on Sunday, February 1, 2015, I’d suggest going to the WASTE MANAGEMENT PHOENIX OPEN the day before. In fact, if you’ve never been to the Phoenix Open and live within a 5 hour drive, it is worth the drive.