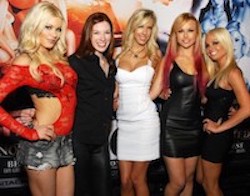 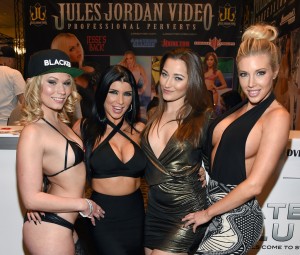 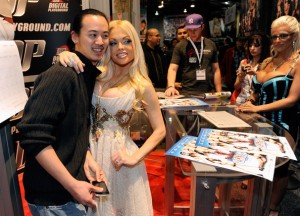 A dream come true for him?

(note: There are vip parties, backstage passes, and private parties all week, but those events cost anywhere from $500 to $2000)

But during the day, the expo looks like any basic expo layout like any other industry, and is only about $40. You will see dozens of booths with people promoting their merchandise.

Also, there are many other booths for items such as lubricants, dating services, on-demand movies, modeling agencies, and condoms such as Sir Richard’s Condoms, Ultra Thin, 12 Count

This year the new big thing is Virtual Reality.  A month ago in September, a 60 Minutes/Showtime special talked about this technology in a different context.